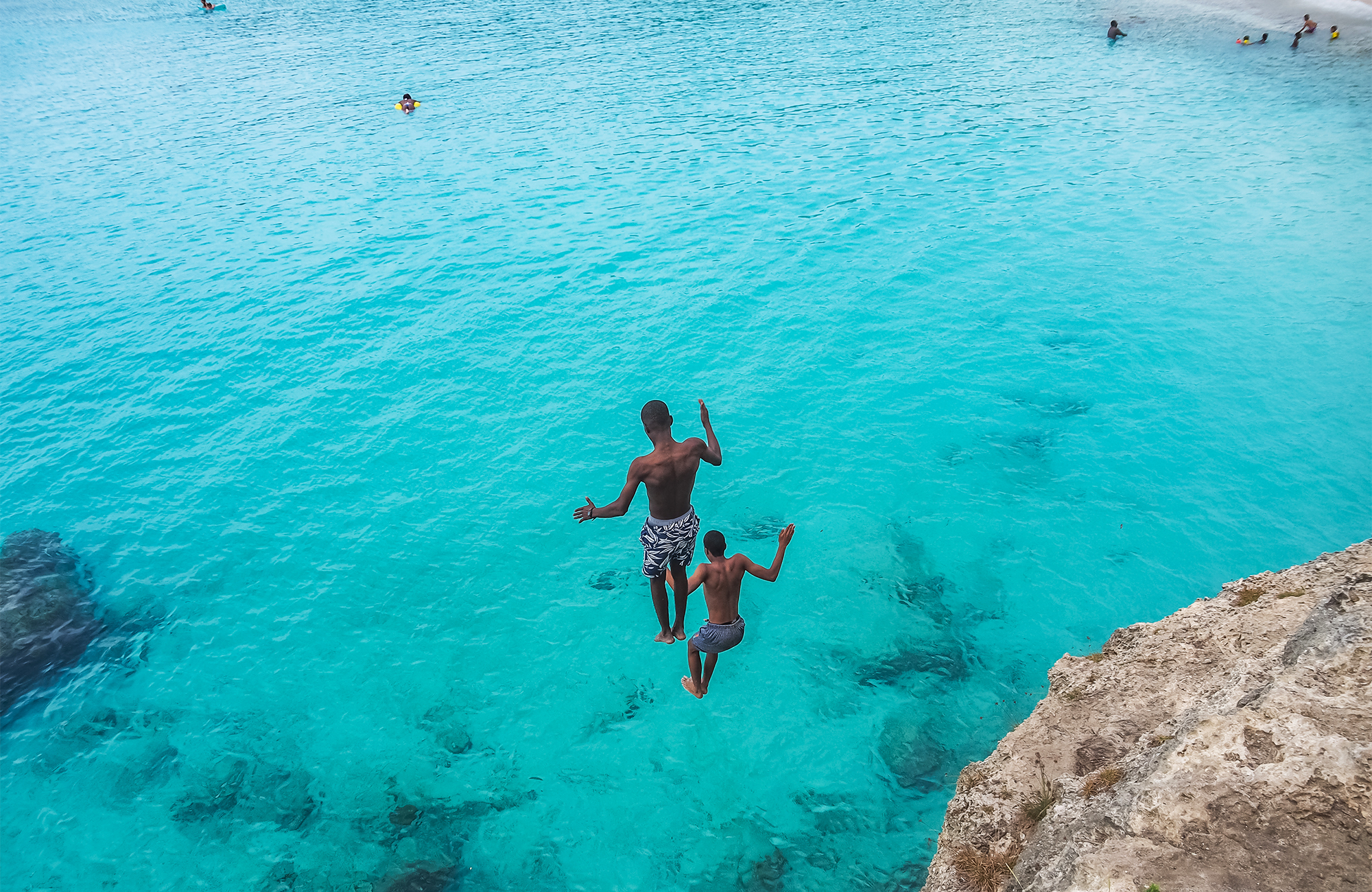 If you enter the Caribbean from the southwestern corner, this island group begins quite literally with ABC. This is where you find the islands of Aruba, Bonaire and Curacao, which together form one of two island groups in the Dutch Antilles. Curacao is the main island, but with its approximately 140,000 inhabitants not a big place. But it is indeed very exciting and exotic.
If you are traveling to Curacao, a part of the former Netherlands Antilles, you will soon discover the benefits of this lovely island: there is the colorful capital of Willemstad, a nice bunch of small, lovely beaches and the breathtakingly beautiful coral reefs along the southwestern coast, which not only make Curacao an attraction for scuba divers but also for adventurers and beach lovers.

As its name suggests, Curacao's capital Willemstad takes its name from the Dutch colonists, and the town's colonial character still comes out clearly. Willemstad can simultaneously act as both city and village. It lies scattered over the hills around the natural harbor Schottegat which with its great depth and eminent location has played a crucial role in the island's history, even today, when the port makes it possible for the large and lucrative cruise ships to dock in the harbor. Channel Sint Annabaai divides the city into two sections, connected by the Queen Emma Bridge.

There's something very relaxing and earthbound over large parts of Willemstad, although traffic may well be quite hectic at times. And the old part of town is rather impressive. Here, especially the Dutch part of the island's colonial history left a lot of classy buildings in muted but bright colors from the entire rainbow spectrum. The mix of market places, cafes and museums and the historic district gives Willemstad a nice touch, and it is obvious why the city is included on UNESCO's list of world heritage. The Punda-district on the eastern side of the canal is a good place to shop.

One thing you're not going to meet a lot of on your trip to Curacao are the island's original inhabitants, the Arawak Indians. The main part of these locals got either murdered or forced to flee by the colonists. First came the Spaniards, in 1499. In 1634 the Dutch took over, making the island a center for slave trade. In the following decades groups of Jewish families from Brazil moved to the island, which at times also has been occupied by both British and French. These Jews played an important role in making Willemstad and Curacao an important place for maritime trade and banking. Back then Willemstad was also a popular place for pirates.

The colorful story has left an almost Babylonian confusion of languages. The most widely spoken language is papiamento, a Creole language influenced by many populations. Many also speak Spanish, English and Dutch.

Curacao is well on its way to becoming a fully independent state with only a thin line to the Netherlands. Beyond tourism the island live largely on refining oil from Venezuela, situated just 60 kilometers to the south. The climate is tropical with an average temperature of 28 degrees and an almost constant breeze, which makes it very pleasant and almost guaranteed dry and sunny.

Want to know more about the best way to see Curaçao?

Whether you're planning a specific trip here or you're dreaming of a longer trip with Curaçao as one of the stops on your itinerary, we can give you some helpful tips.