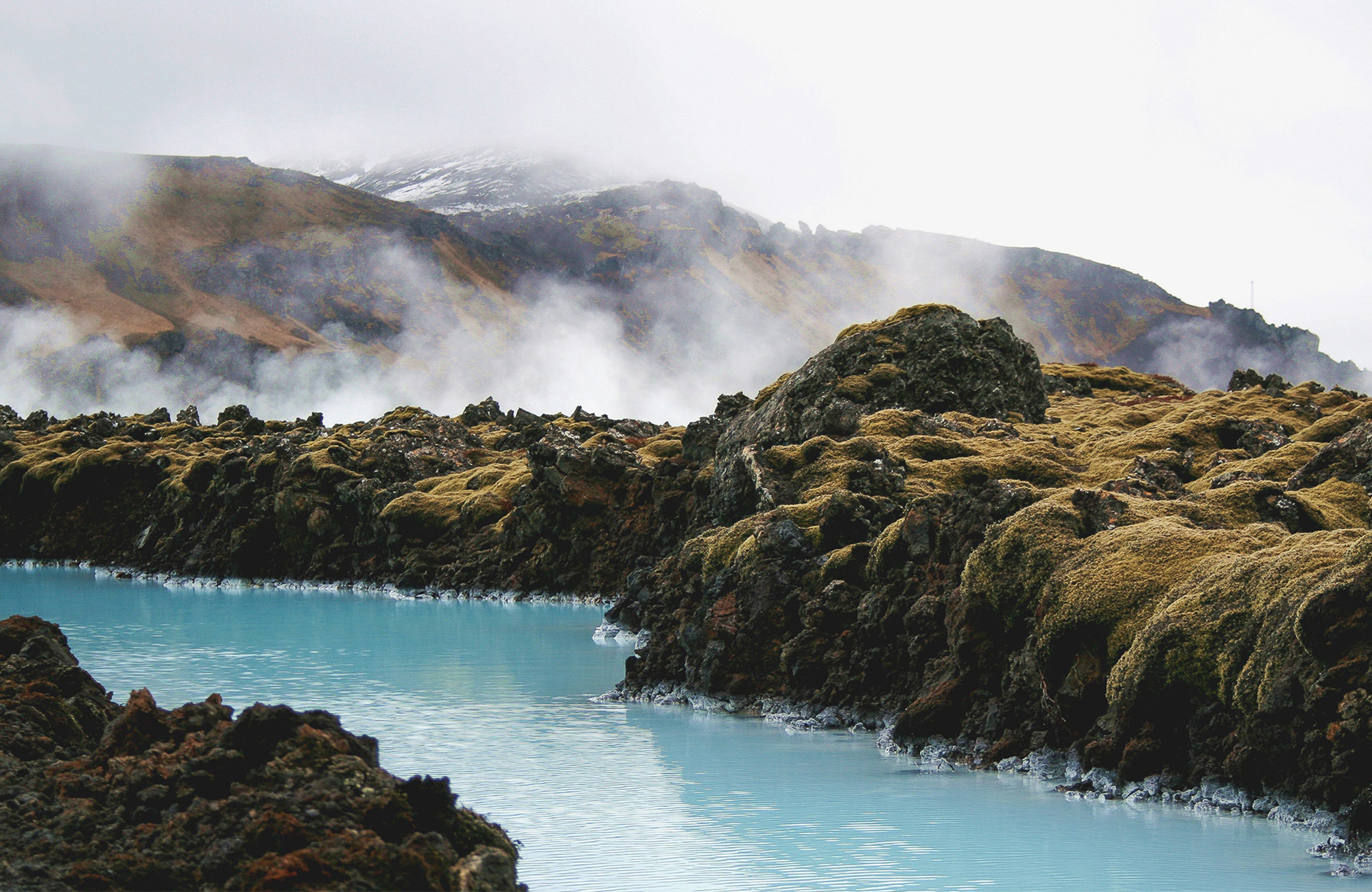 Iceland is certainly a land of great contrasts. It has hot springs and glaciers, large lava areas, high mountainous areas, black beaches, extreme glaciers, fabulous waterfalls, and spectacular geysers. Visit Iceland and the amazing settings such as Gullfoss, Geysir and the Glacier lagoon, Jökulsárlón. Go see the northern lights, try snowmobiling, four-wheel-drive tours and trips to the geothermal pools at the Blue Lagoon.

Together with Þingvellir National Park, Gullfoss and Geysir form the Golden Circle, which is the most popular day-tour in Iceland. The sheer power of Europe's most beautiful waterfall Gullfoss is something to behold. When you stand at the edge of the fall, you will be completely stunned by the power. On a sunlit day the hammering double-cascade waterfall are filled with dozens of rainbows.

Not far away you can see the magical geyser area. For those that have never seen a geyser the sight is overwhelming and beyond description. The spouting hot spring Geysir was claimed to be the biggest in the world and when it was at its height, its eruptions reached more than 80 m. All around the old Geysir are more spouting hot springs, such as the lively Strokkur, which erupts every few minutes, shooting a tower of water and steam 30 meters into the air.

Jökulsárlón is at the south end of the glacier Vatnajökull. It is the largest of all glacial lakes in Iceland, and you will get lost in just starring at the icebergs floating by. Jökulsárlón is only a short walk from the sea, and it is worth the wander. You will be met by black sand and lots of ice blocks scattered around, a truly unforgettable sight.

Reykjavik is the capital city of Iceland and inhibits just under 200.000 people, about 60% of the total population of 300.000. Reykjavik is a fascinating city with a rich cultural life and a high sense of fashion which is central to the charm of the city. There are myriads of nice cafés and restaurants downtown and the shopping streets; Laugavegurinn and Skólavörðustígur are total must-sees when you travel to Iceland. Reykjavik is also renowned for its wild and vivid nightlife. You can find a fancy cosmopolitan club, a cool and artsy bar, a hot dance club or a good old fashioned bar. Reykjavik has 'em all!

Out in the lunar-like landscape of Iceland is the thermal spa the Blue Lagoon. This hot heaven is not to be missed as it is an important part of a trip to Iceland. While relaxing in the warm geothermal seawater you can enjoy breathing the clean, fresh Icelandic air. Its temperature is 37-39°C and it holds six million litres of geothermal seawater, which is renewed every 40 hours.

The mountain Hekla is one of the most active volcanoes in the world - last time it erupted was in 2000. It has been active for centuries and old tales tell of the belief that the souls of the condemned travelled through Hekla's crater on their way to hell.

Activities on Iceland - be adventurous!

You can go river rafting in Icelandic rivers, such as the river Hvítá. Rafting levels are well suited for both thrill seekers and first time rafters. If you want a unique experience you should try the vertical sport of iceberg climbing which can be practiced all year round in Iceland. Glacial hiking is a great way to discover the wonders of ice sculptures, ridges and deep crevasses.

When explorer's found Iceland, it was winter and they named it Iceland. The opposite happened in Greenland. But actually Iceland is further south than most of Greenland, it is actually quite green and lush in Summer!

If you want to spend time in nature, Iceland offers some of the most beautiful nature, in alle of Europe, and all of the world!

Want to know more about the best way to see Iceland?

Whether you're planning a specific trip here or you're dreaming of a longer trip with Iceland as one of the stops on your itinerary, we can give you some helpful tips.