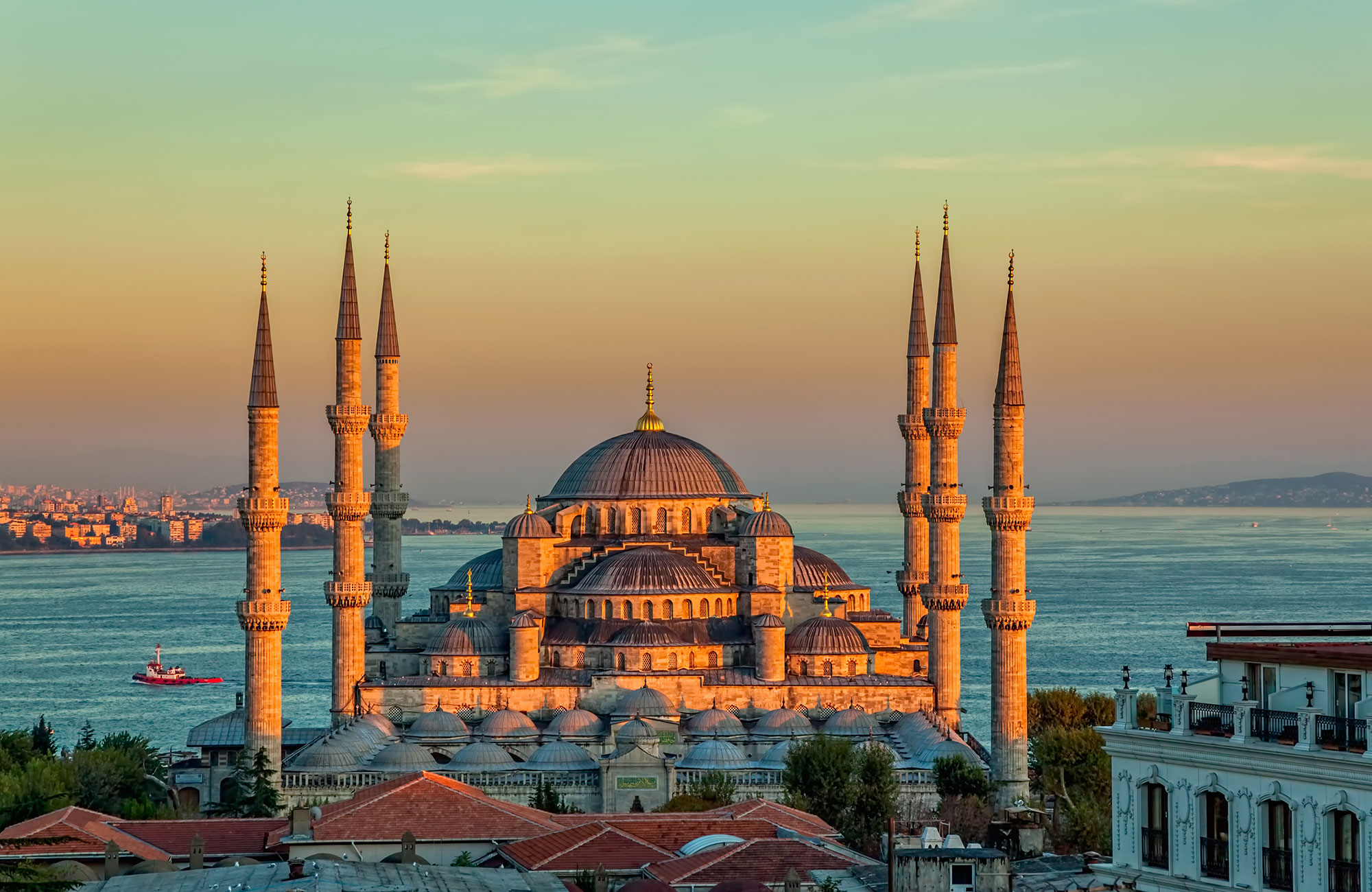 1500 kilometers of white beaches, 300 days of sunshine a year, a glittering turquoise sea, seductive bazaars, ancient sites, and incredible mountains - you 'll find it all in Turkey! This magnificent country is where east meets west, where Europe meets Asia. Book your trip to Turkey from KILROY

A trip to Turkey is, in some ways, like a trip back in time. The country is so filled with history that visitors often feel like they have left the modern world and entered the ancient past. Even more interesting, Turkey is located at the meeting point between Asia and Europe’s joint continent. As the center of the ancient world, it continues to serve as a bridge between two different cultural traditions. Though you are likely familiar with the ancient city of Istanbul, where the continents meet, there is much more to see throughout the rest of the country as well. Turkey’s 70.5 million people are divided into seven geographical zones: Aegean Sea, Marmara, Black Sea, Middle-Anatolia, East-Anatolia, South-East Anatolia and the Mediterranean. Ankara is the capital of Turkey.

As a destination, Turkey is both interesting and affordable. Old castle ruins and glamorous palaces tell the stories of ancient Sultans and the Ottoman Empire. At the same time, there are new skyscrapers going up, so travelers often move back and forth between ancient and modern times. To get a true sense of Istanbul as an "ancient" city, explore Sultanahmet, the area near the Hagia Sophia and the Blue Mosque.

Instanbul is the heart of country’s economy, politics, culture, and entertainment. This ancient city, formerly known as Constantinople, sits on both Asia and Europe. Therefore, there is plenty to see on both sides of Istanbul! City palaces, colorful bazaars, breathtaking mosques, and prayer callings from minarets are truly unique and beautiful experiences. The Hagia Sophia, built in 537, is an awe-inspiring masterpiece of Byzantine architecture.

You can find tasty pleasures everywhere in Turkey! Enjoy genuine Kebab dishes in their place of origin. Also be sure to choose your favorite starters from Meze tables snd sample Baklava, the traditional Turkish dessert. Most restaurants, especially in Instabul, offer the option of eating your meal on the rooftop terrace. This is highly recommended for the city views!

Long beaches and vivid nightlife in Side, Alanya, and Marmaris attract masses of sunbathers. Smaller cities on the coast of the Mediterranean, such as Kaleköy, Kekova, and Kalkan, are less crowded. Efesus, the city of gods, is one of the best remaining antique cities in the Mediterranean. We recommend that you head out early in the morning, before the burning sun and mass tourists come out. If you wish to head east from Instabul, we highly recommend that you visit the region of Cappadocia. There, you will find yourself in the beautiful Turkish dessert, surrounded by some of the most beautiful natural rock and mountain formations on earth. Take a hot air balloon ride or visit Göreme National Park. This will be an unforttable experience.

The country’s bus network is modern and functional. You can also get around by train, though these move slower. If you are considering a car rental, be aware that traffic culture is wild and some parts of the roads are narrow.

Generally, Turkey has a Mediterranean climate. During the summer, the coasts are very hot and dry. In the middle parts of the country, the climate is more continental and it can get quite cold in the mountains.

Take your time to discover Istanbul and buy souvenirs from the Grand Bazaar. Also, be sure to visit the Pamukkale hot springs where you can relax under a sky full of stars. You will also enjoy the small villages, especially if you chat with the locals. It is very important to respect the country’s religion and values.

Education and study tours to Turkey

Did you know that KILROY can also help organise your study tour to Turkey? Read on to learn more about how we can plan your study trip with the right academic content and interesting study visits in the city of your choice. 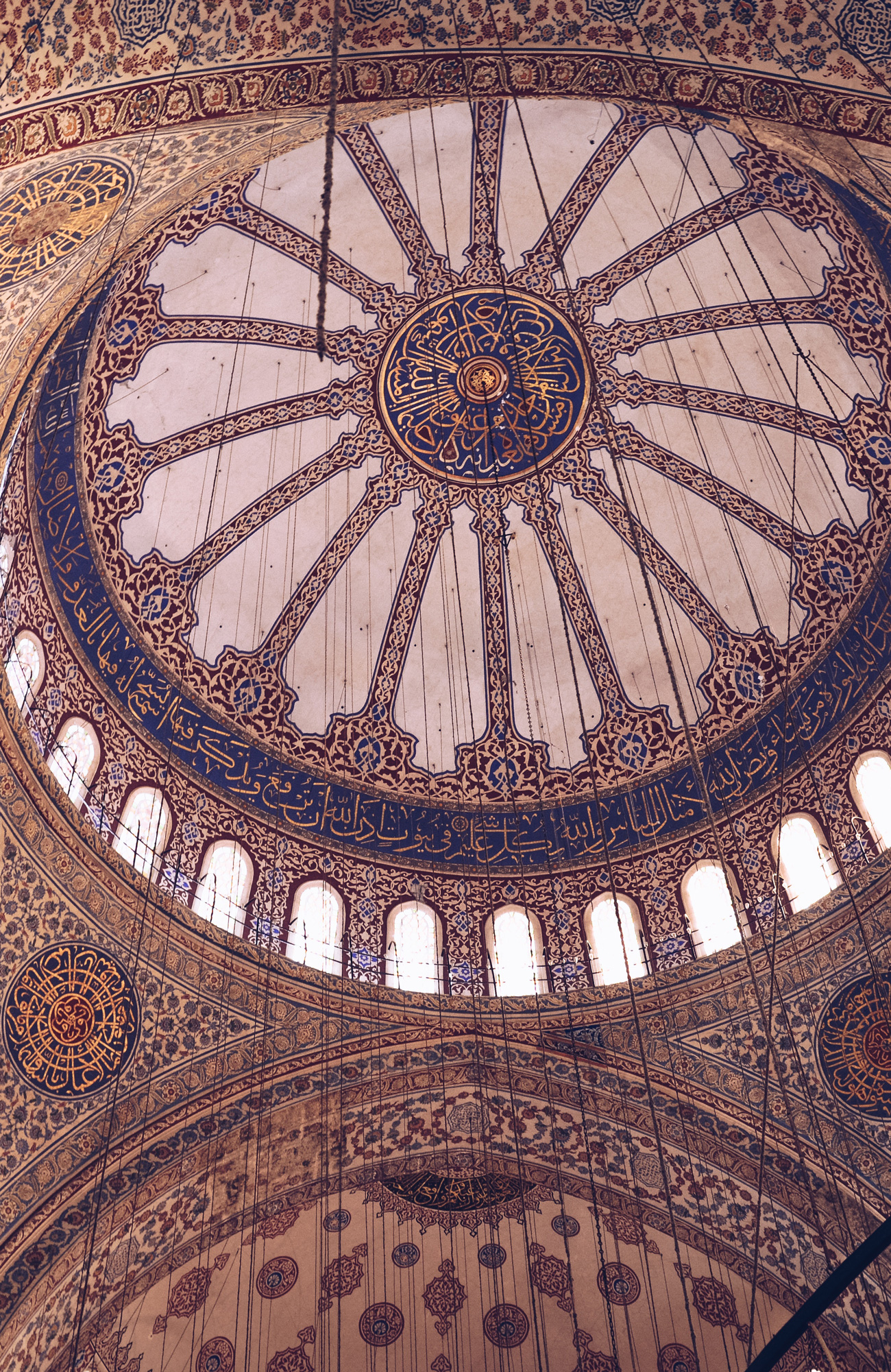 The open road is waiting!

Want to know more about the best way to see Turkey?

Whether you're planning a specific trip here or you're dreaming of a longer trip with Turkey as one of the stops on your itinerary, we can give you some helpful tips.