Ellen got her social semester in Santa Barbara 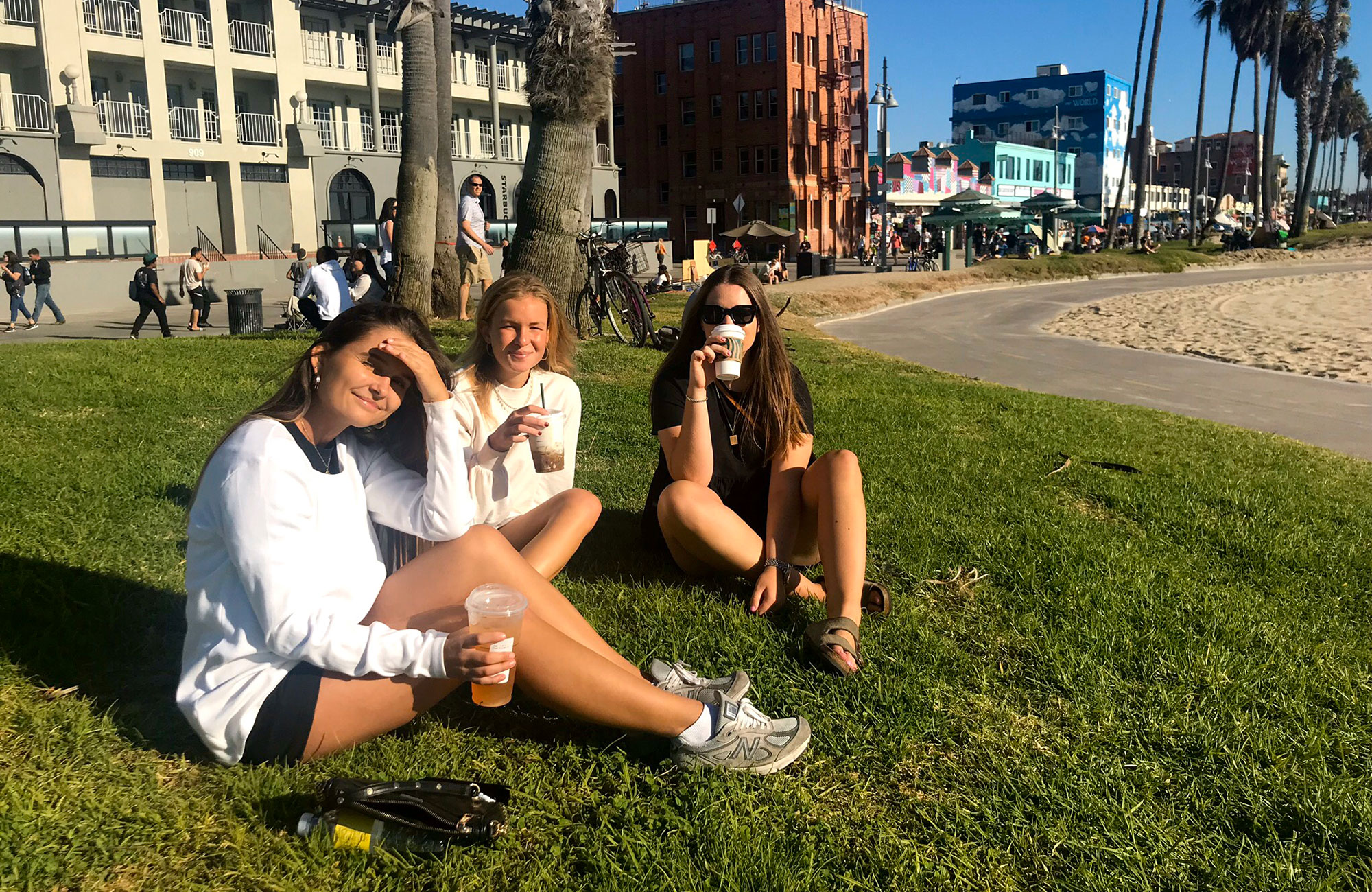 What do you do if you're already on your gap year, but still aren't ready to start university? Well, you just take an additional year and do what you're actually dreaming about. This is Ellen's story from her adventures in Santa Barbara in California.

Ellen has been on the road more or less since she was 16, so when she decided to study a semester in Santa Barbara it wasn't exactly new for her to be on her own somewhere out there in the world. The purpose of this semester was not purely academical, it was rather to have a social semester during her gap years!

This is her story from her adventures in California.

Did you always know that you wanted to study abroad?

Well, yes – kind of at least. I was already an exchange student during high school where I went to Utah as a 16 year old. When I started my gap year, it wasn’t my plan to study abroad originally, but things changed a bit as time went past, and after some back and forth, I decided to add an extra gap year to my planned 1 year. I was afraid that if I started University too soon, I wouldn’t have time to do all the things I dreamed about during my gap year. So at first, it wasn’t my plan, but as soon as the idea about studying abroad was planted in my head, I couldn’t let go of it. So I went to Santa Barbara during my second gap year. 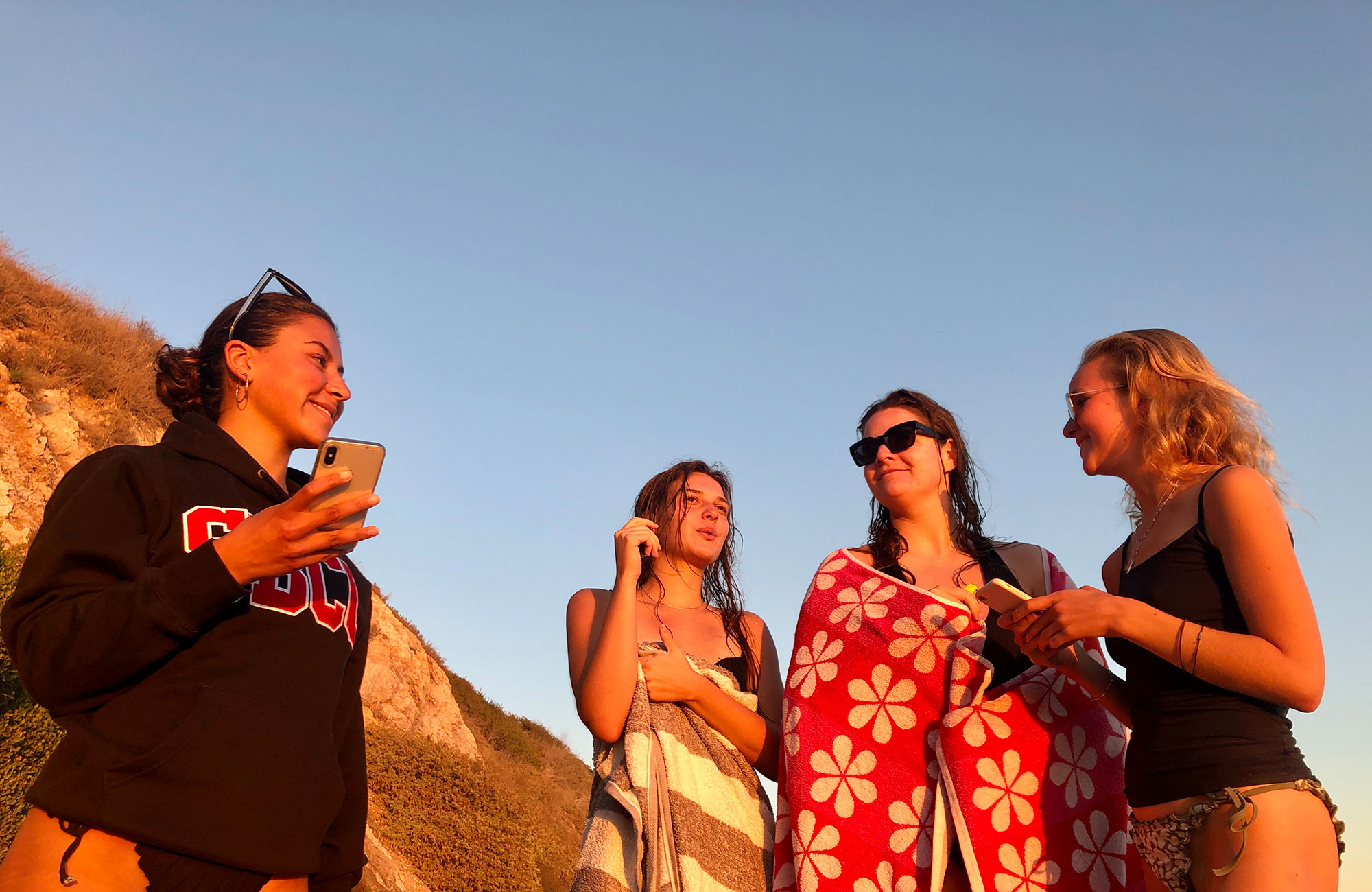 One of the main reasons I decided to go, was that I was very much in doubt about what I wanted to study. I was struggling whether I should study psychology, social studies or law, and by going to Santa Barbara City College I could pick and choose all the courses myself, which would hopefully give me an indication of which direction I should go. I discovered that psychology and social studies were interesting topics but not something I wanted to pursue career wise, so that left me with law.

Now that you already had been to USA, did you then know that you wanted to come back?

Honestly, yes. I had just spent half a year working in Australia and did the entire visa process from the embassy down there. I had 10 days back in Denmark before moving back to USA and California. I really just wanted to get the most out of my gap years, so I didn’t really have time to stay at home and relax. I had already been in the American school system and knew that if I chose to study here it wouldn’t be the hardest time of my life, and one of my priorities, besides getting to know my subject for University, was also to have a good time and just enjoy life for some months. 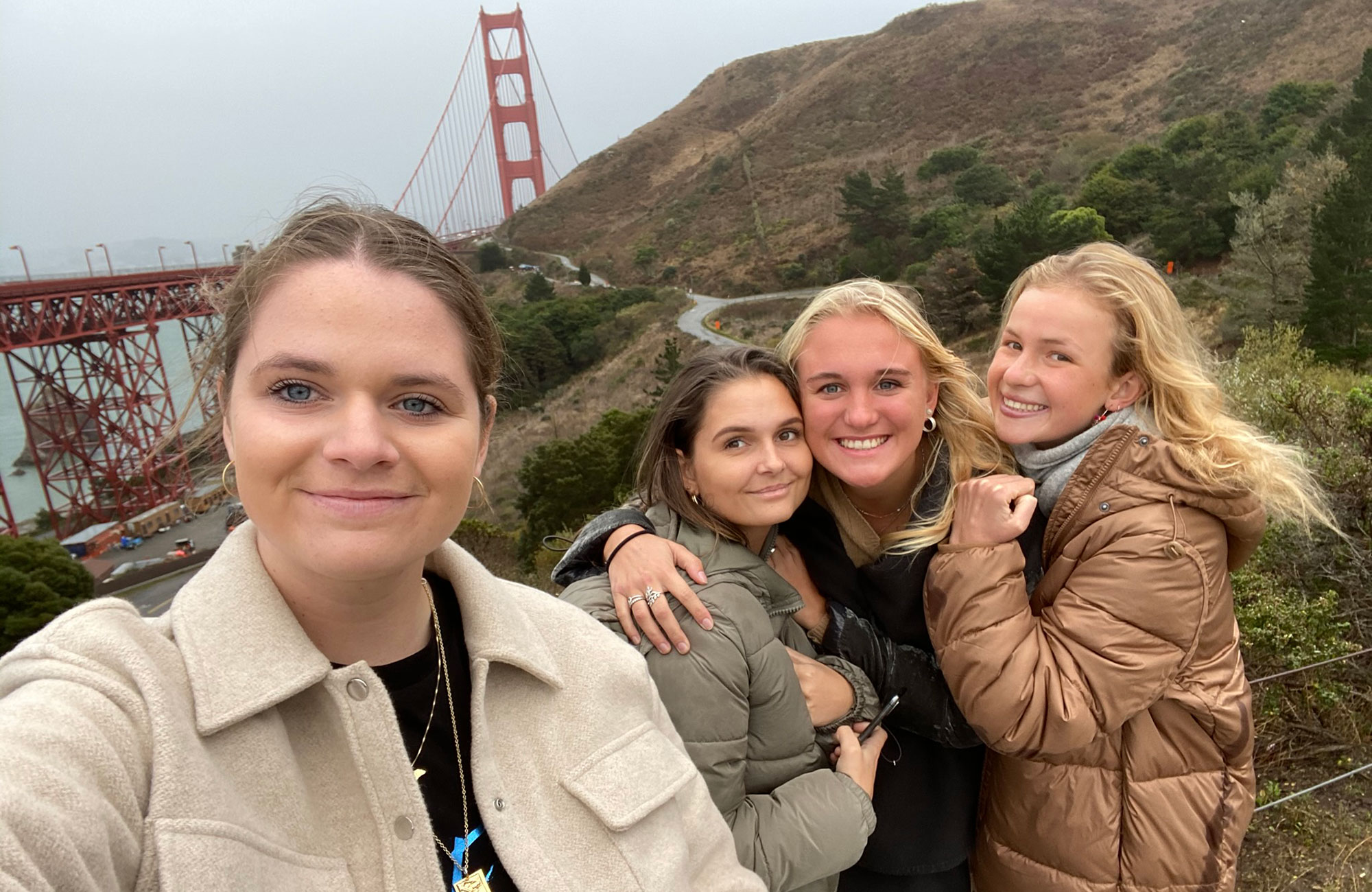 What research did you do before choosing to go to Santa Barbara?

I actually found some people that had been to Santa Barbara City College on Instagram and followed them for a while, and then I knew a girl, from the same city that I come from, who went to Santa Monica which is closeby. So, I decided to write to her, and then she told me about Santa Barbara which she had visited a few times. I got the impression that it was a small town with college close to the beach and a town with a very chill vibe which suited me very well. 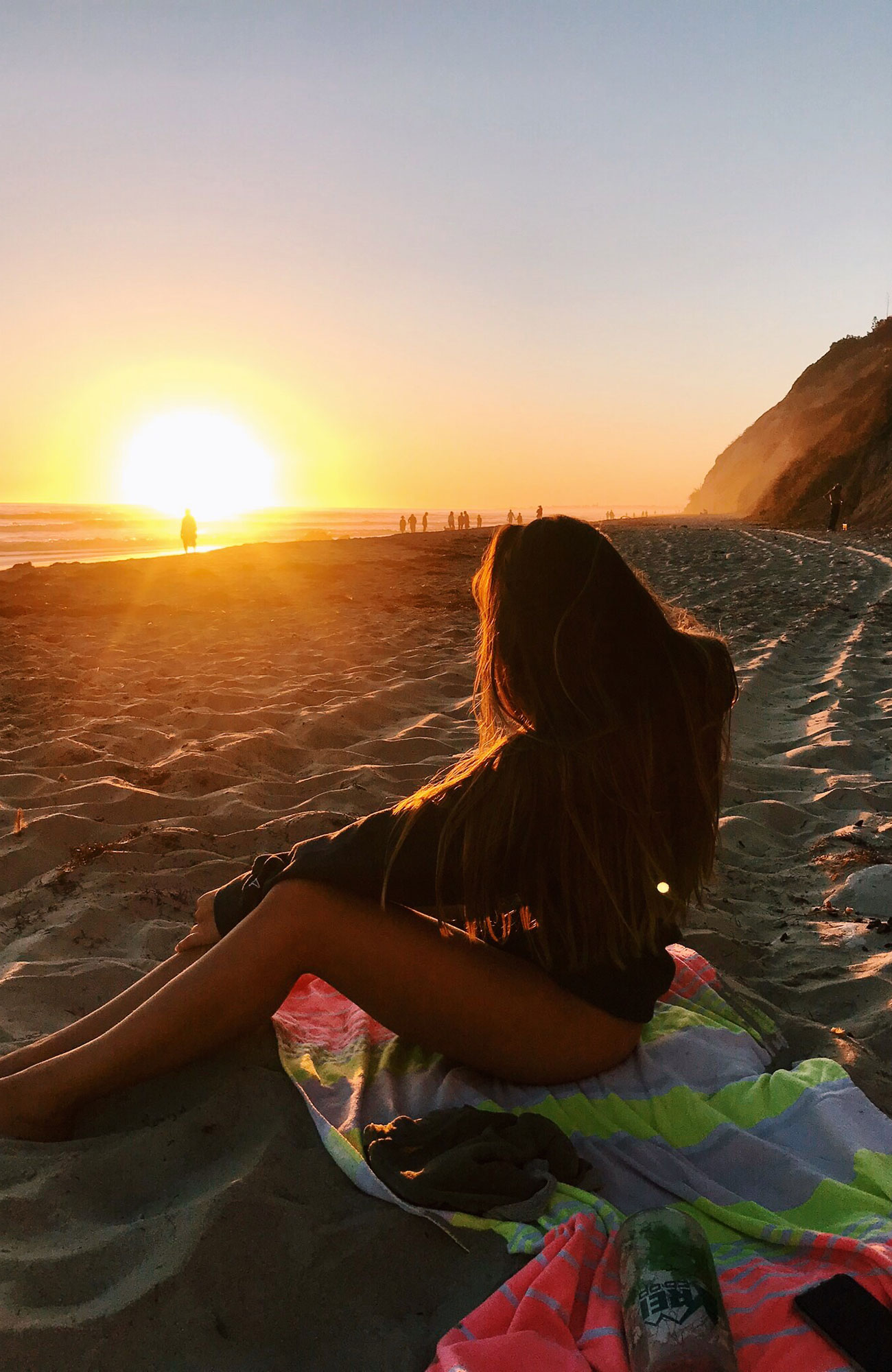 How was life then in a chill beach town in California?

It really was what I would call a luxury life! Every second day I had 3 hours between classes, so I spent hours and hours on the beach bathing, eating lunch and chilling with my friends. Some people chose to have classes only on a few days a week, but I chose to have classes Monday to Thursday, since it was a good motivation for me to get up every day. That works better for me, I think. 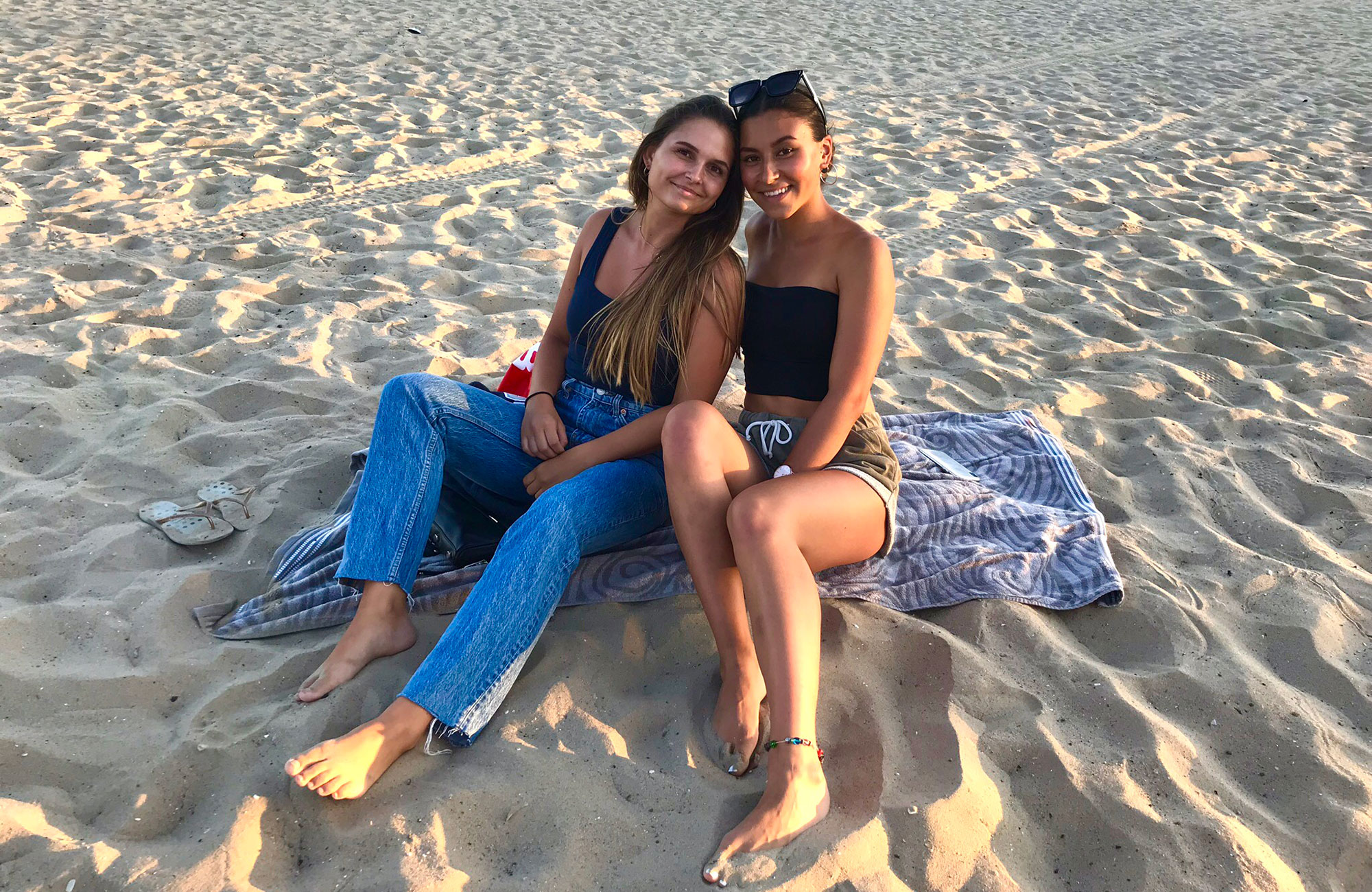 What about your free time in the weekends then?

I traveled almost every weekend. I was in Las Vegas 5 times I think. My host family when I was in Utah lived 1,5 hours from Las Vegas, so it was a good occasion to visit them while I was here. Other than that, I met up with friends from Australia in Las Vegas a few times as well, and then of course I went with my new friends from Santa Barbara on adventures.

We also went to LA on several occasions, and at one point we were around 20 people who rented a huge AirBnB apartment and celebrated Halloween. 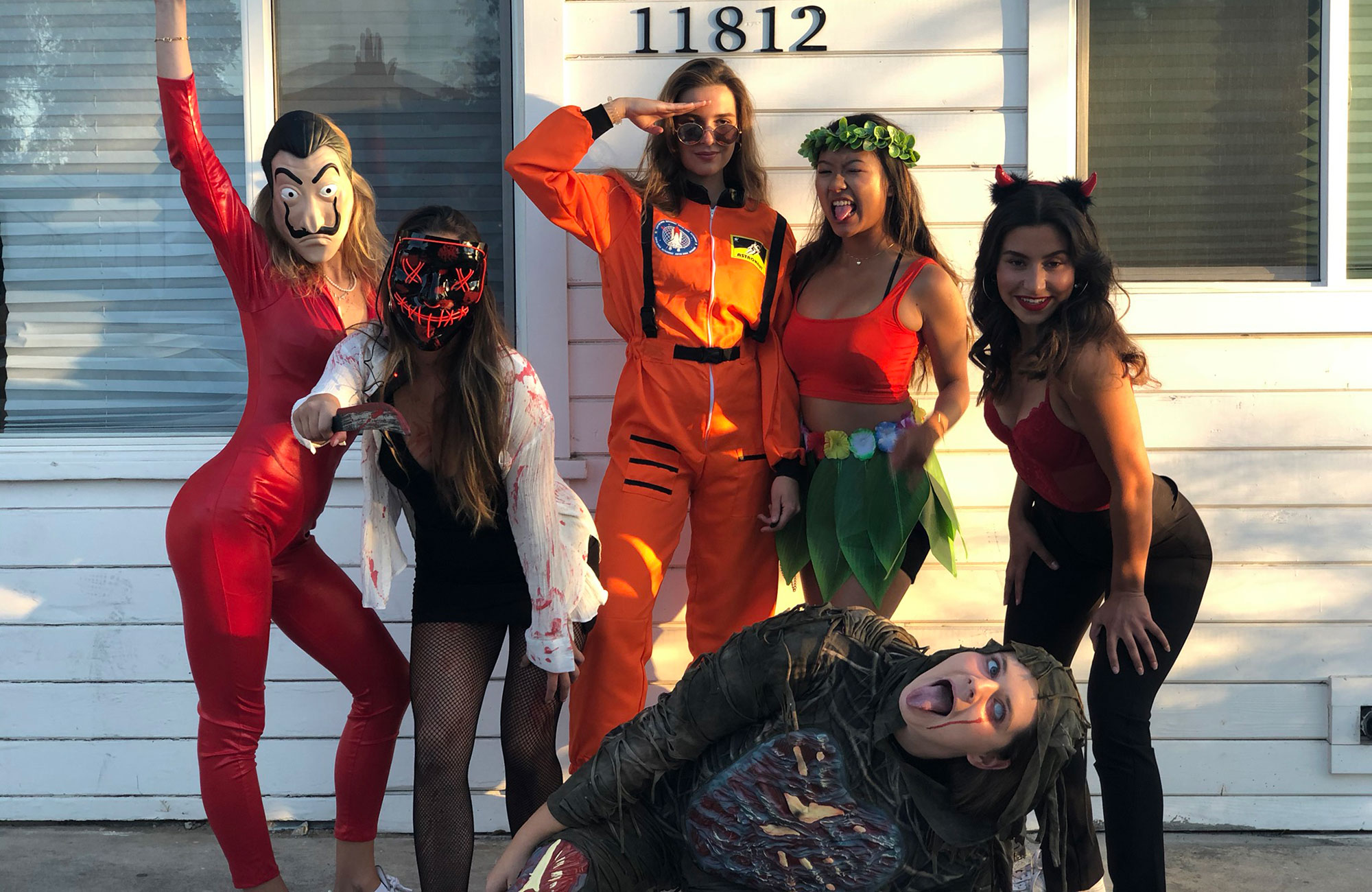 If we take one step back. You arrive at Santa Barbara and is all by yourself - how do you get your social life going?

At first, I found a KILROY group on Facebook where I asked what other people did with housing. After some good talks with some other students, I ended up living in a place called Victorian House which was housing a lot of international students. I ended up sharing an apartment with some other girls, and if I remember correctly there was 4 houses with a total of 28 students, so there was a great vibe and it was really social. 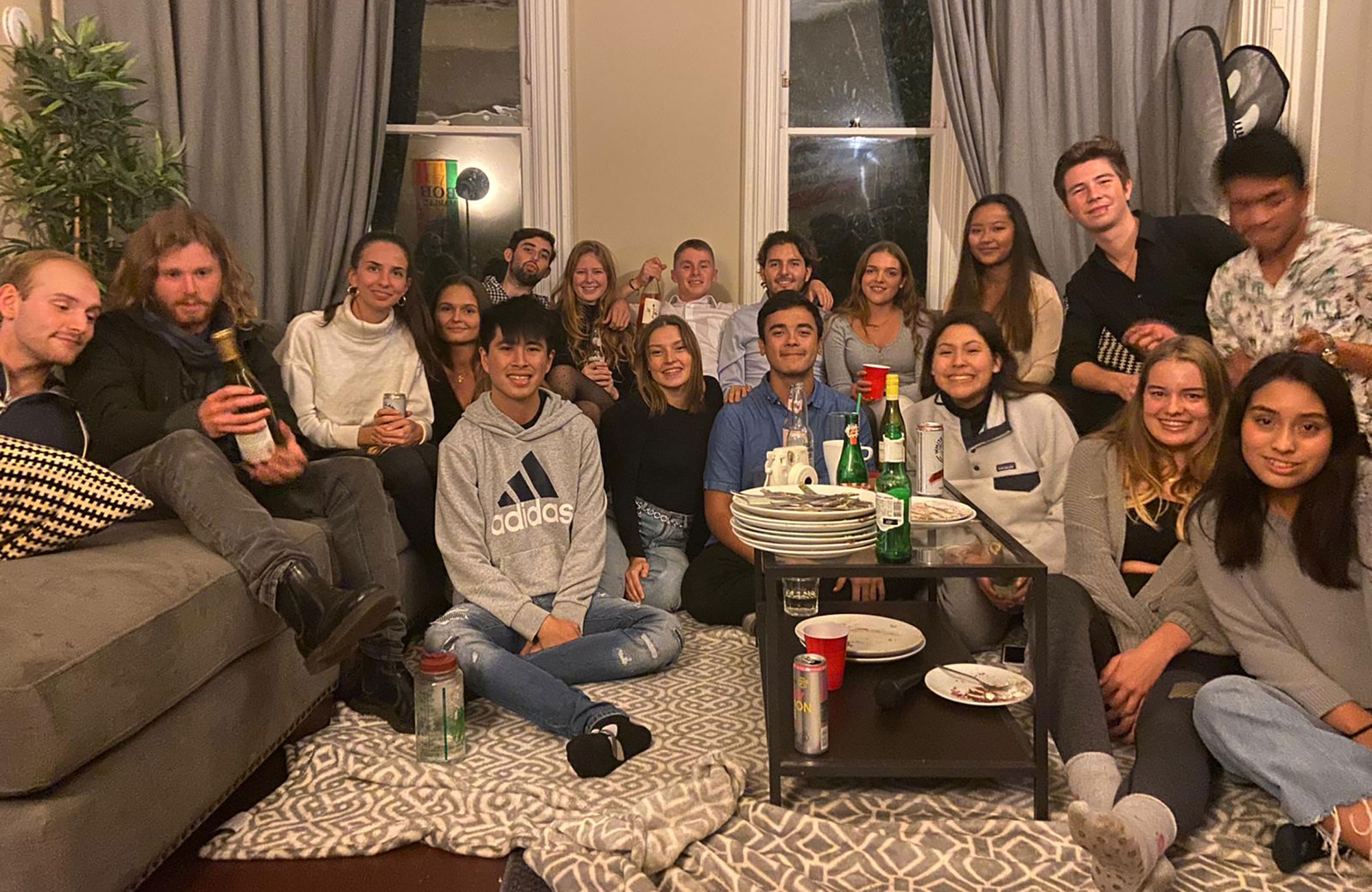 In regard to the social life, I already got a lot of connections through the Facebook group, and then friends of those I had been in touch with wrote me, so it all went really fast and within the first days I felt like I already knew a lot of people there. And then of course in the intro week, whenever you heard someone speak Danish, you approached them and in no time you had a lot of connections. I honestly think that getting your social life going is almost the easiest when you're abroad. Everyone is in the same boat, and everyone wants to meet new people.

Were you nervous before going?

No. I have been doing exchange stays since I was 16, so I had tried the situation before. Compared to the first time I was abroad, where I feel it demanded more work to get the social life going, it was much easier this time around. And my best advice, if you’re not that experienced traveling by yourself, is that remember that everyone else is in the exact same situation and everyone wants new friends. So be proactive and invite people over and say yes to all the activities you’re invited to, and then you’re quickly a part of the group. It might not be the people you talk most with in the beginning that you end up hanging out with all the time, but one open door leads to another, I would say.

Who did you end up both living and hanging out with?

I lived with girls from Austria, Sweden and Netherlands. But as I said, our complex had around 28 student and there were quite a few Danes as well.

What experiences during your stay has stuck in your memory?

One of the things I really loved was that we had the option of catching a night bus, sleep on the way and end up in Las Vegas in the morning. One of the times we went there, there was a I <3 Radio Festival where a day pass was around 50$ - that was with artists like Zara Larsson, Billie Eilish and Juiceworld. So we ended up going a big group of girls, we booked a hotel and just had a brilliant time there. But our Halloween party in LA was also epic! 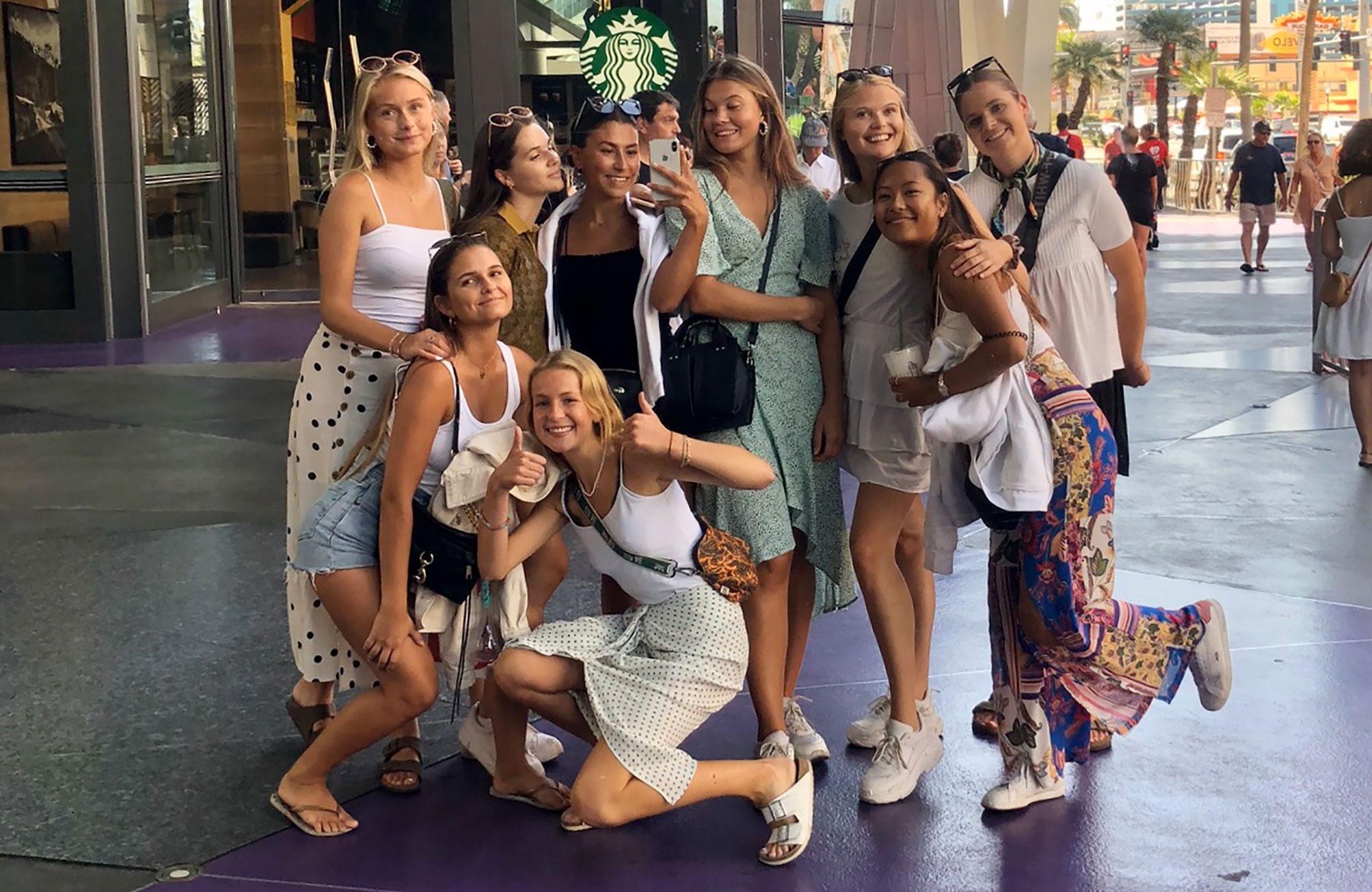 Was it a different Ellen that boarded the plane to Santa Barbara compared with the girl who arrived back home 6 months later?

Yes. But not only because of these 6 months. Ever since I left High School and with my gap years, I have matured a lot. And just to give another example; I was extremely picky with food back then, but all my traveling has made an impact, so today I am much braver and eat so many things that I would never have done just years back. But my stay in Santa Barbara was the first time I was staying on my own, as I was staying with local families both in Australia and Utah, so I have learned a lot about moving out, buying groceries myself, making sure the rent got paid – and I was much more confident finding a place on my own once returning home.

How is life as a student different in US from back home?

Hmm, I have studied during Covid-19 so… But for instance, that you get to choose your own courses and can tailor your own schedule gives you a lot of freedom. A big difference is also that campus is a place you’re at. Compared to Denmark you go to school and leave when the classes are over. In the US people actually hang out at campus because this is where you find all the different sports classes, fitness etc. It’s a completely different world in my opinion. It’s not at all as social in Denmark as in the US, that’s for sure.

If you look back at your stay, is there then anything that would have been nice to know before you arrived?

I loved the place I ended up living, but maybe a switch of location would have been nice. There was 2 “parental-ish” persons that were kind of watching the houses and making sure we weren’t too loud and made sure we followed every rule.

And I know there was a different place called La Brezza Apartments, which by the way was located right next to the campus, and here it was quite different.

Maybe I should have been out earlier when it comes to housing, so I didn’t get too desperate in the end. That would have been nice to know. But in general I was also late with my application process and I should have started much earlier. And then another advice is to do your research and align expectations with yourself. What is it that you want to get out of your study adventure abroad, and find the solution that fits your dreams the best.

We understand! And we're here to help you plan your next study abroad adventure. Click the button below to get in touch, and you're one step closer your adventure-of-a-lifetime!

I want to study abroad!

Want to create a study adventure yourself?

We're here to help and guide you to the best study abroad adventure possible. Reach out, and we'll guide you through the proces!