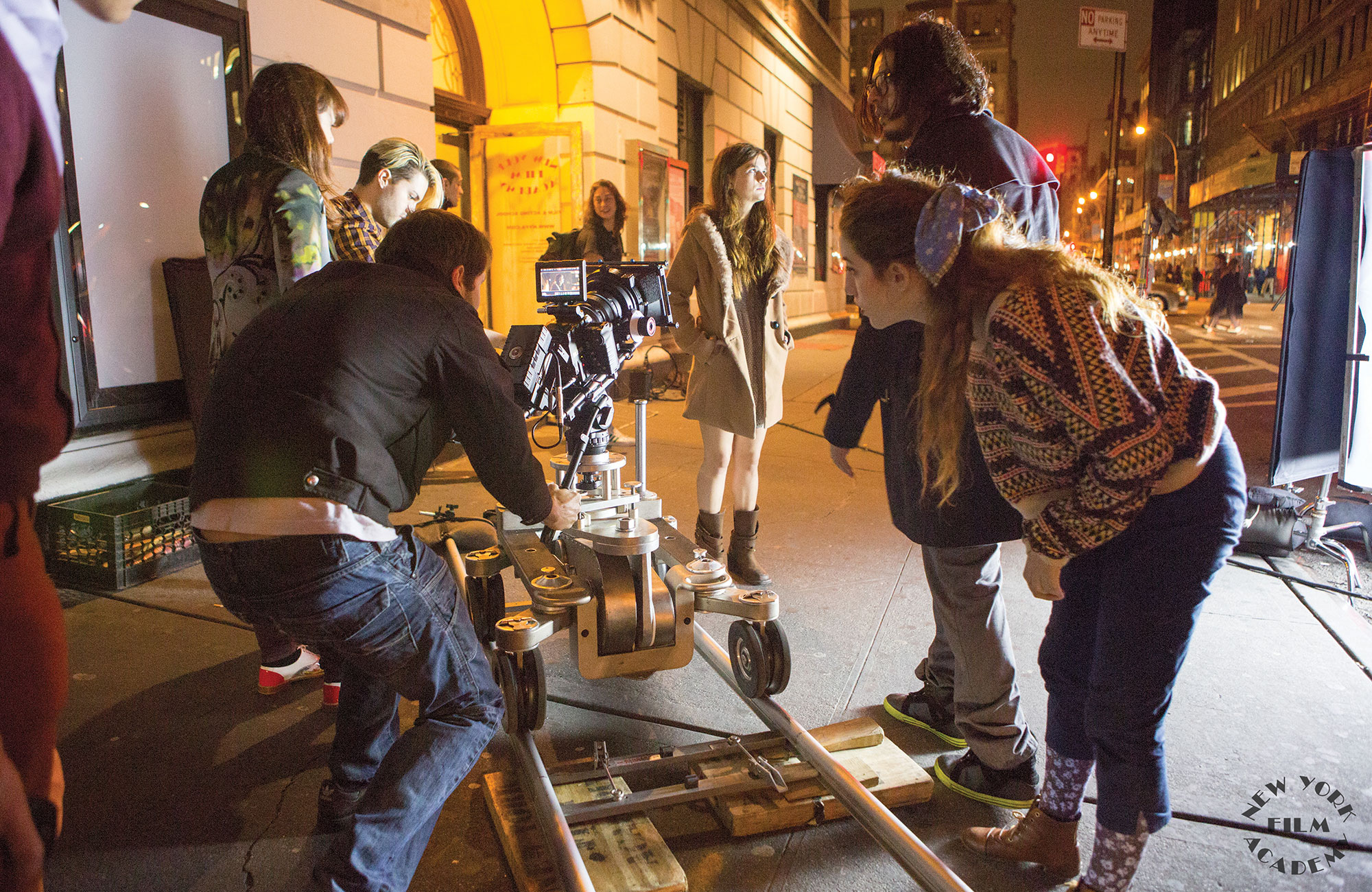 Study at New York Film Academy - this is how we help you!

New York Film Academy (NYFA) was founded in 1992 and quickly became one of America's leading film schools. The school has small classes and qualified teachers and guest lecturers, all with experience from Hollywood and the film industry in the United States. In the US, NYFA has campuses in New York, Los Angeles, and Miami, so you get to choose where you want to start your career in film.

We offer free study guidance and we are here to answer any question you might have about studying at New York Film Academy in one of the campus locations. We know how you can finance your education at NYFA, where you can live, how to apply and whether you can apply for scholarships. Reach out to us today and let us plan your career together.

What can I study at New York Film Academy?

We guide you about:

Which campus do you choose?

Why should you study at New York Film Academy?

New York Film Academy (NYFA) is one of America's leading schools for film and acting. Here, the pace is high and the classes small, and you have every opportunity to get in on the action and develop your skills. There are no set entry requirements for most programs, but you must be prepared to use all your time and energy on your studies. At NYFA the principle is "learning by doing".

New York Film Academy focuses on learning by doing. From day one you could be placed behind the camera learning how to use the equipment or get expert feedback on your acting skills.

In addition to the campuses in New York, Los Angeles, and Miami, NYFA offers certain programs in Australia, Paris, and many other great locations. At NYFA you're offered truly professional education. All teachers are active in their field, and the school is always evolving the course offerings to keep up with the ever-changing entertainment industry. You get to learn from the best as the film industry greats regularly host guest talks at NYFA. Previous guest speakers include Steven Spielberg, Ron Howard, Glenn Close, Ben Stiller, Jonah Hill, and many, many more.

There are 7500 students at NYFA of which 2600 are international students. All of the above contribute to making the environment at NYFA a dynamic and fun place to study.

At NYFA you can take courses in areas such as film, acting, producing, screenwriting, 3D animation, directing, journalism, photography, and set design. You are sure to find something that fulfils your dream!

The NYFA facilities are world-class and as a student you have modern equipment at your disposal, which is actually used in the film and television industry. The NYFA has access to movie cameras, editing equipment, lighting, costumes and everything else you need to produce and create a professional feature film. You also have access to rehearsal rooms and if you take courses in acting, you will have the chance to perform on stage or camera.

NYFA has campuses all over the World

NYFA campus in New York: Centrally located in Manhattan at Union Square, Battery Place, and in the Financial district. Places like Greenwich Village, Soho or Times Square are only a short walk away.

NYFA's Housing Coordinators will provide you with information about housing options in New York. It is rather expensive to live in New York City, but cheaper options are available, if you are willing to live further away and can arrive early to visit places.

NYFA campus in Los Angeles: The campus is located in the heart of Hollywood close to the film studios of Universal and Warner Brothers. This means that you will find yourself in the middle of the entertainment industry. You get to film on exciting locations all over Los Angeles.

NYFA does not have its own student housing in Los Angeles, but will assist you in finding housing through the Los Angeles Housing Coordinator.

NYFA campus in South Beach, Miami: The campus is located in the South Beach area a short walk from the beach and the famous Ocean Drive. Students at NYFA in Miami seek inspiration from a culturally rich area with beautiful Art Deco buildings, amazing beaches, and a diverse population.

NYFA in Miami does not have any on-campus housing options, but will assist you in finding housing options through the Miami Housing Coordinator. It is advised that students find accommodation prior their program start date.

Moreover NYFA has campuses in Florence, Italy and in Gold Coast in Australia and they offer courses in Paris, Beijing and in Shanghai.

New York Film Academy has rolling admission, but we recommend that you start the application process as early as possible to secure your spot on the study program of your dreams. Our study advisors will help you with all your questions, application forms, additional supporting material, practical information, flight tickets, and applying for a visa to the US.

New York Film Academy's admission requirement depend on the program you are applying for. Generally NYFA requires average grades from previous studies. As all courses are taught in English, it is important that you are able to communicate and express yourself well in English. You also need to prove that you can finance your education and stay. Ideal applicants for New York Film Academy should futhermore demonstrate a sincere passion for their field of study. Our study advisors can tell you everything you need to know about NYFA’s requirements and ensure that you have the right documentation in place in order to apply.

We answer all your questions about studying abroad. Receiving our help is free of charge and there are no stupid questions and no hidden fees written in small print anywhere.

You will have your own personal study advisor. Together, you tailor your education abroad based on your dreams, wishes and opportunities, and our experience.

We guide you from A-Z

We help you with your very first questions to telling you everything you need to know about subjects, financing, housing, scholarships, visa, and everything in between. You won’t miss any important details.

NYFA offers a variety of study programs. You can choose between:

The study programs are designed to give you the best hands-on experience within your desired field. You get to push your creative abilities to the limit and immerse yourself completely in your studies.

The cost of studying at New York Film Academy can vary according to your level of study and study program.

We help you from A-Z, and answer all of your questions.
Study Counselling

Find out how you can finance your studies abroad.
Cost and Finances

Some students may have to take an English test.
Tests

Would you like to know more about New York Film Academy?

We can tell you about the application processes, practicalities and student life in New York. It's free of charge and no strings attached