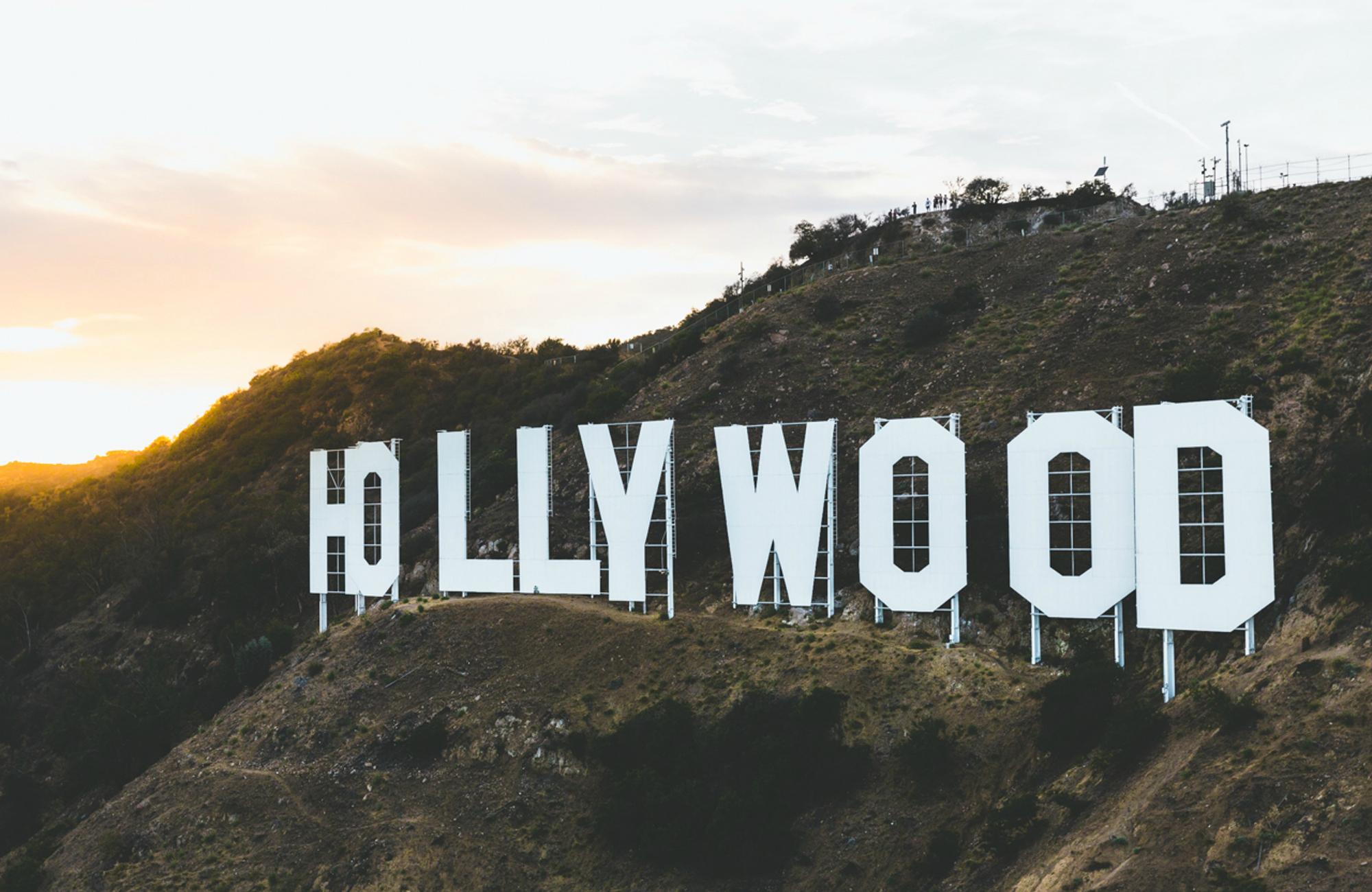 Travel to Los Angeles - the City of Angels

You will never get bored in the City of Angels! Chill out in Venice Beach or cruise around Hollywood Hills with the top down on your convertible. Immerse yourself in the bustling cultural life and check out all the cool museums and festivals. And don't miss out on the Pride Parade, the flamboyant street festival. Yes - L.A. has everything. Book your travel to Los Angeles with KILROY.

The city that is famous for its celebrities and millionaires is also home to just over 4 million inhabitants. If you add in the suburbs of LA, then you're literally talking about a sea of people with more than 16 million residents. Los Angeles is America's second largest city, after New York City, and people from over 140 countries live here, so it is a real melting pot of cultures - each one giving a its own "touch of flavor".

The ethnic neighborhoods such as Chinatown (where you find the best noodles), Koreatown, Little India, Little America, Thai Town and Little Ethiopia have their own atmospheres and are worth exploring. LA is a wonderland of cool clubs with the crème de la crème in contemporary music. You will also find excellent restaurants and museums in many parts of the city. The Museum of Contemporary Art is located at 250 S Grand Avenue in downtown. There are some interesting pop art and photography collections, as well as other major collections.

You can shop 'til you drop when you're in LA. Two recommended places are Robertson Boulevard and Melrose Avenue, but if it has to be really expensive, then there's only one place to go: Rodeo Drive. This is where the stars go to buy their designer clothes, sunglasses, jewelry and handbags. LA is generally a good place to shop and there are a myriad of shopping centers.

The famous Route 66 ends in the Los Angeles district of Santa Monica. This is a great place to just put on your shades, relax, and watch all the beautiful people walking on the waterfront here. The Aquarium is located on Ocean Front Walk, and this is where you can really get close and check out the sharks. If you happen to be in the area, you should swing by Pier and Pacific Park, which is pretty entertaining.

The area with the famous name is actually a city in itself. It is well known for the major film studios that started up around the beginning of the 1900s. This is an exciting area with lots of film history and there are plenty of sightseeing trips on offer for interested travelers. Take a guided bus tour or just drive yourself around the Hollywood Hills to see the movie stars homes, as well as the famous Hollywood landmark on top of the hill.

If you are a true movie buff, then obviously you will go and see the legendary Kodak Theater. It is here that many movie premieres are held, as well as the red-carpet affairs that Hollywood is so famous for. This is also where you can find the film stars' autographs and handprints embedded in the sidewalk. The Hollywood Walk of Fame, located on Hollywood Boulevard, is another must see and has more than 2000 stars to honor the many living and deceased celebrities who have contributed to the entertainment industry throughout the years.

Universal Studios is a theme park where you can easily spend the good part of a day just looking at footage and scenery from current and defunct movie and TV series. If you are lucky, you may even spot a genuine movie star coming out of her trailer, or see how special effects are created.

Malibu is the largest beach in Los Angeles. It looks like something we know from Baywatch with plenty of palm trees and lifeguard towers. However, don't expect to witness a big dramatic rescue - those are few and far between. The beachfront on Venice Beach is a fantastic place to hang out as a backpacker. All along the promenade, you will see all kinds of people - including the funny and crazy! Take part in the fun and rent a pair of roller skates or surfboard, flex your muscles in the outdoor workout parks or just look good in the latest style of surf shorts or mini-bikini.

Those wanting a bit of surf and sun should keep an eye on Venice, Malibu and Zuma Beach, where there are good surfing and body-boarding opportunities. Manhattan Beach can be crowded with volleyball players and sunbathing guests - but it is also one of the best beaches.

If you want to go on a quick hike, then just lace up those boots and head off to the mountains in Santa Monica, Malibu State Park or Griffith Park. You can even go skiing near Los Angeles, namely Bernardino National Forest and Big Bear Lake. In the springtime, you can practically go skiing in a bikini! Skiing season is from December to April.

Getting around Los Angeles

LA is notorious for its chaotic traffic jams. Rumor has it that there is 1 car for each inhabitant in the city, so don't be surprised if you get stuck in traffic. On the other hand, it's still recommended to rent a car or ride in a taxi, just so you can get around in the huge city. It can be quite difficult sometimes to take the otherwise well-developed public transportation. LAX airport happens to also be one of the busiest in the world.

July and August are the busiest tourist months and prices for accommodation, etc. are high during this period. You can save quite a bit by traveling to Los Angeles in the off-season, for example, from March to May and September to November. Avoid the month of June where the smog usually hangs heavily over the city.

Get a soft landing with a pre-booked Arrival Package. Includes airport transfer, hotel or hostel and breakfast.

Want to know more about the best way to see Los Angeles?

Whether you're planning a specific trip here or you're dreaming of a longer trip with Los Angeles as one of the stops on your itinerary, we can give you some helpful tips.