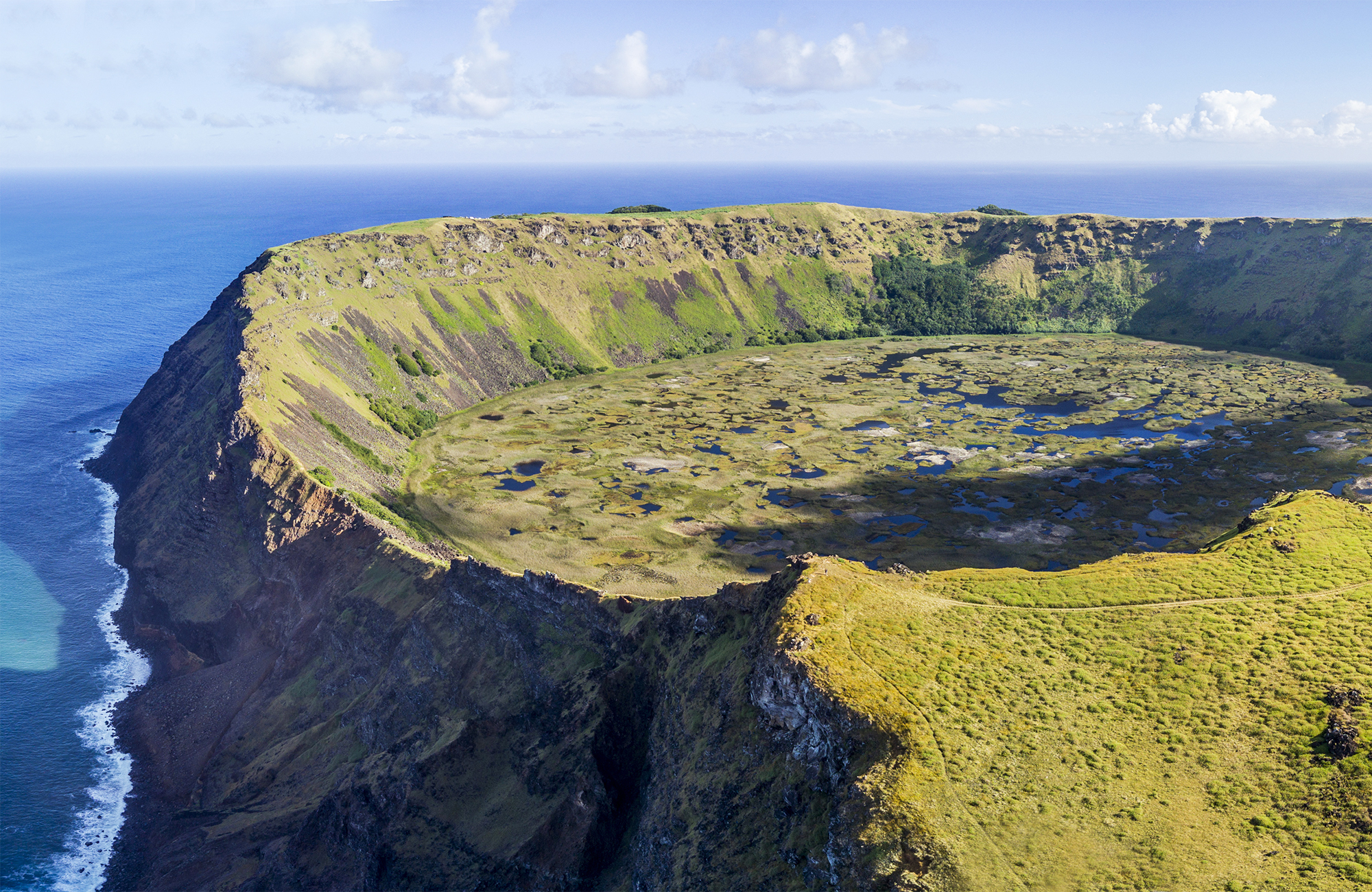 Easter Island is one of the most special places, not only in Chile, but throughout South America. This remote island is also one of the most isolated places on Earth. Its main attraction is the impressive and colossal statues in stone, whose origin remains a mystery to this day. This mystical and mythical place has through the years undergone so many hunches and guesses. Who made those huge stone faces called Moai?

Yes, the big attraction on Easter Island, and the reason that quite a few tourists travel so far, is the famous stone faces of statues called Moai. But the island and its nature in itself also deserve some attention. It is a volcanic island with an amazing landscape, dominated by three extinct volcanoes: Terevaka, Poike and Rano Kau. These volcanic craters and their surrounding lava formations make Easter Island a very impressive destination together with the sparkling deep blue sea and beautiful beaches.

There are in total 887 of the famous Moai around the island. There are various guesses as to when the statues were built, and most guesses are between year 400 and 1700. Also, the aim of the statues have been a big issue of discussion, but most indicate that they have been a tribute to the Rapa Nui people’s ancestors and gods. It is something quite unique to see these mysterious statues almost as far as the eye while you go there and wonder about the incredible work that preceded the construction of them.

Surfing, diving, snorkelling and many other fun activities

If you think the stone statues are the only reason to travel to Easter Island, think again. This unique island far out in the Pacific Ocean represents a wide range of other benefits that most people certainly didn’t knew about in advance.

There is, for example, many experienced divers who believe that Easter Island is one of the world's best dive sites, primarily because the water is so incredibly clear. There are also excellent surf spots on Easter Island, making surfer's all over the world que up to ride the perfect waves. Moto Nui is by far the most popular place on the island for diving and snorkelling.

If you ever get tired of the many water activities Easter Island has to offer, there are plenty of opportunities to explore many other beautiful parts. Go horseback riding or trekking - the island's terrain invite to do so. After all these adventures there are also a number of inviting beaches by the beautiful Pacific. Anakena Beach is the best place for relaxing in the sun.

Where is the Eastern Island?

2200 kilometer from the nearest inhabited island Isla Marquesas, and nearly twice as far away from the mainland Chile you will find Easter Island -  locally known as Rapa Nui.

Want to know more about the best way to see Easter Island?

Whether you're planning a specific trip here or you're dreaming of a longer trip with Easter Island as one of the stops on your itinerary, we can give you some helpful tips.