Travel to Ecuador: The wonder at the Equator

Ecuador is one of the smallest countries in South America, which makes it both a remarkable and convenient country to explore. The greatest wonders that nature has to offer can be found in this beautifully small country. In this charming country you can travel around the mystical rainforest, across the dramatic slopes of the Andes, through the lazy coastal towns of the Pacific, and further on to the Galapagos Islands - all in a relatively short time.

Though Ecuador is a small country by South American standards, it makes up for it in high altitude. The Cotopaxi and Chimborazo volcanoes rise high into the clear blue sky in the central highlands. At around 6,000 meters, these volcanoes are so high that they are within sight from many different areas along the highland. What a heavenly sight!

Ecuador - Adventure at its highest

With high altitude comes, of course, thin air. You will notice the difference in air as soon as you take your first steps into Quito, the countries capital. It's a strange sensation at first, as you will simply feel that you are unable to walk in the same pace that you are used to. When you do get used to it, however, you will find that there are plenty of reasons to seek even higher ground. If you don't plan to visit the two giant volcanoes mentioned earlier, which are only recommended for hard core mountaineers, then you should visit Tungurahua. Tungurahua is an active volcano about 5000 meters high with a terrifying and enormous crater.

At the feet of Tungurahua lies Banos, a welcoming little town. Spend days in a hammock surrounded by an overwhelming lushness of banana palms and flowers. Use your time here to go on an adventurous mountain bike trip. A bit further east, you will find the white-water rafting paradise of Tena and even further the extreme humidity and magic of the Amazon rainforest and Parque Nacional Yacuni.

Ecuador's markets are big, colourful and very popular. North of Quito, you will find Otavalo, the most famous market. South of Quito, you can visit Saquisili, which is much less touristy and has a unique local touch. Here, the locals come to sell their hamsters and other animals. Much of the time, you’ll notice that you are the only tourist among hundreds of traditionally dressed highland Indians.

All over Ecuador, you will stumble upon the ubiquitous llamas of different colours and types. If you want to try something different, it's worthwhile to go see the unique and beautiful wildlife on the famous Galapagos Islands. This is a natural paradise completely in a class of its own. Additionally, we recommend the cosy colonial city of Cuenca, where you can spend days admiring its many impressive, well-kept, and charming buildings. Charming is also the keyword when describing the small, hammock-filled towns on the coast, especially the village of Vilcabamba in the south. Here, you can spend a day on horseback or laze around in the very relaxed tropical atmosphere that prevails here.

Ecuador is named so, because it is located right on the Equatorial line. This South American country is one the smallest in the continent. It borders only the countries Columbia and Peru, as well as the Pacific Ocean. 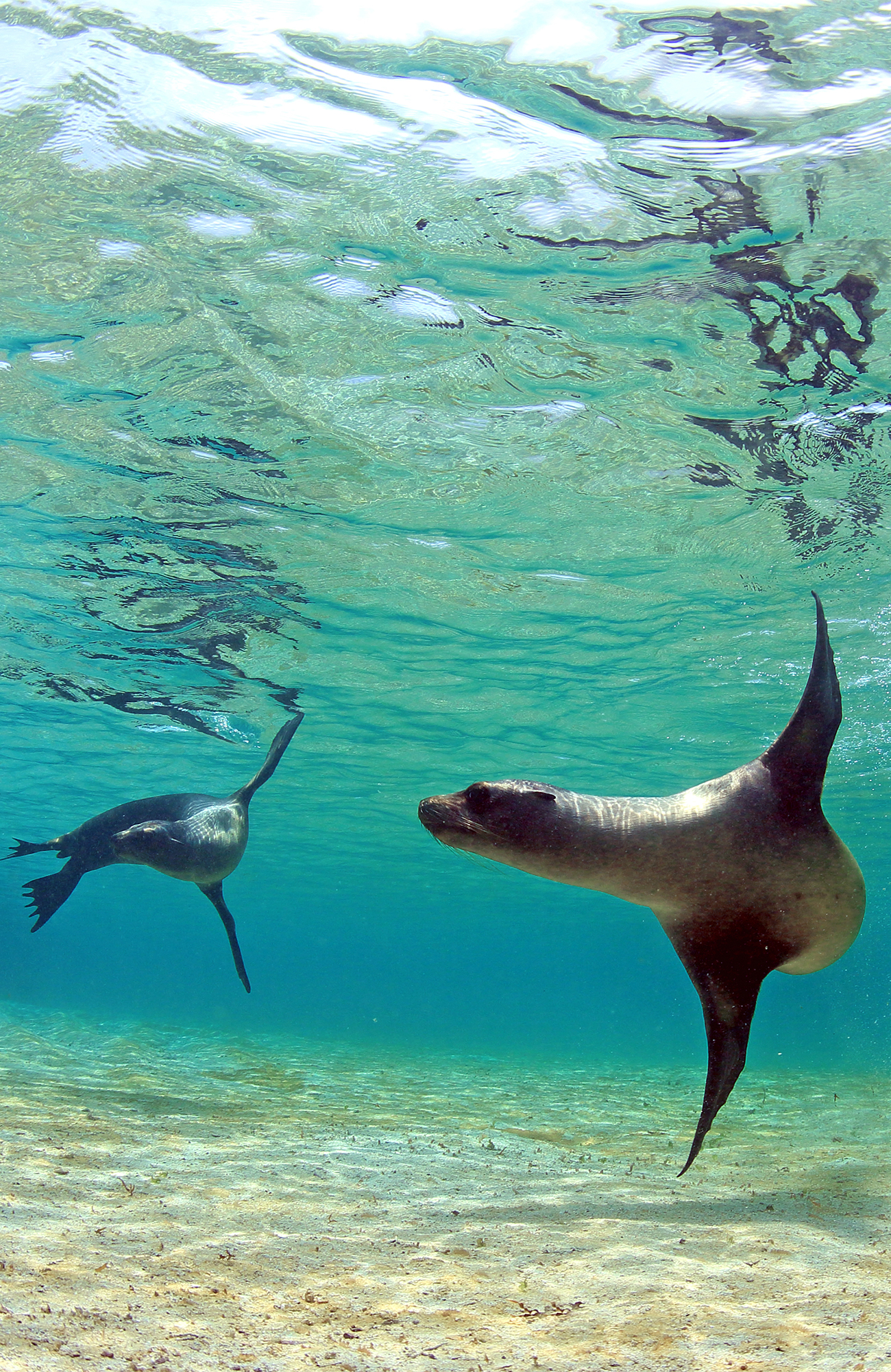 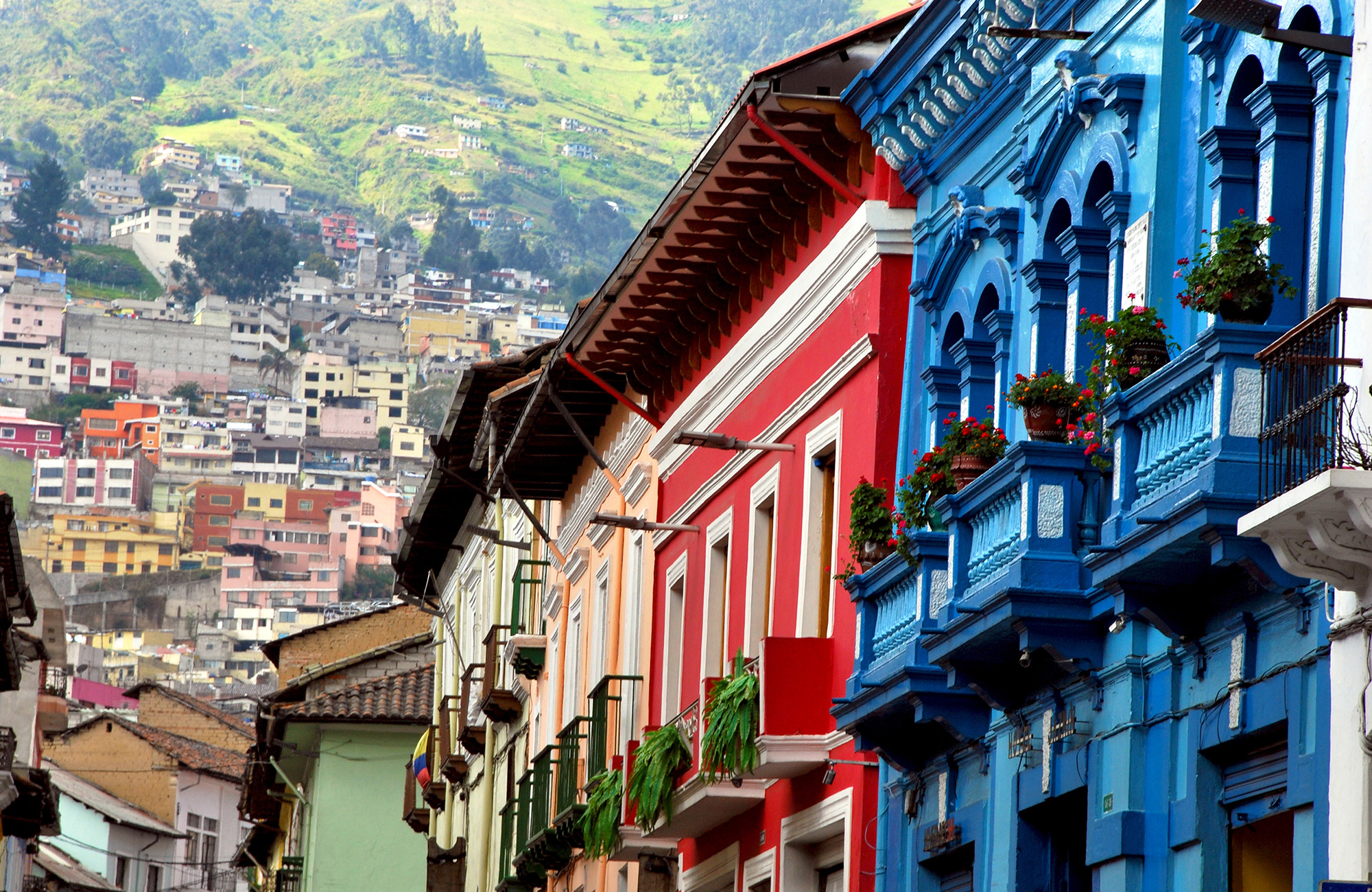 Things to do in Ecuador

Ecuador invites you to climb and hike, with its high altitudes and beautiful landscapes, but there are also plenty of other things to do to keep busy!

Want to know more about the best way to see Ecuador?

Whether you're planning a specific trip here or you're dreaming of a longer trip with Ecuador as one of the stops on your itinerary, we can give you some helpful tips.

Reach out for more info