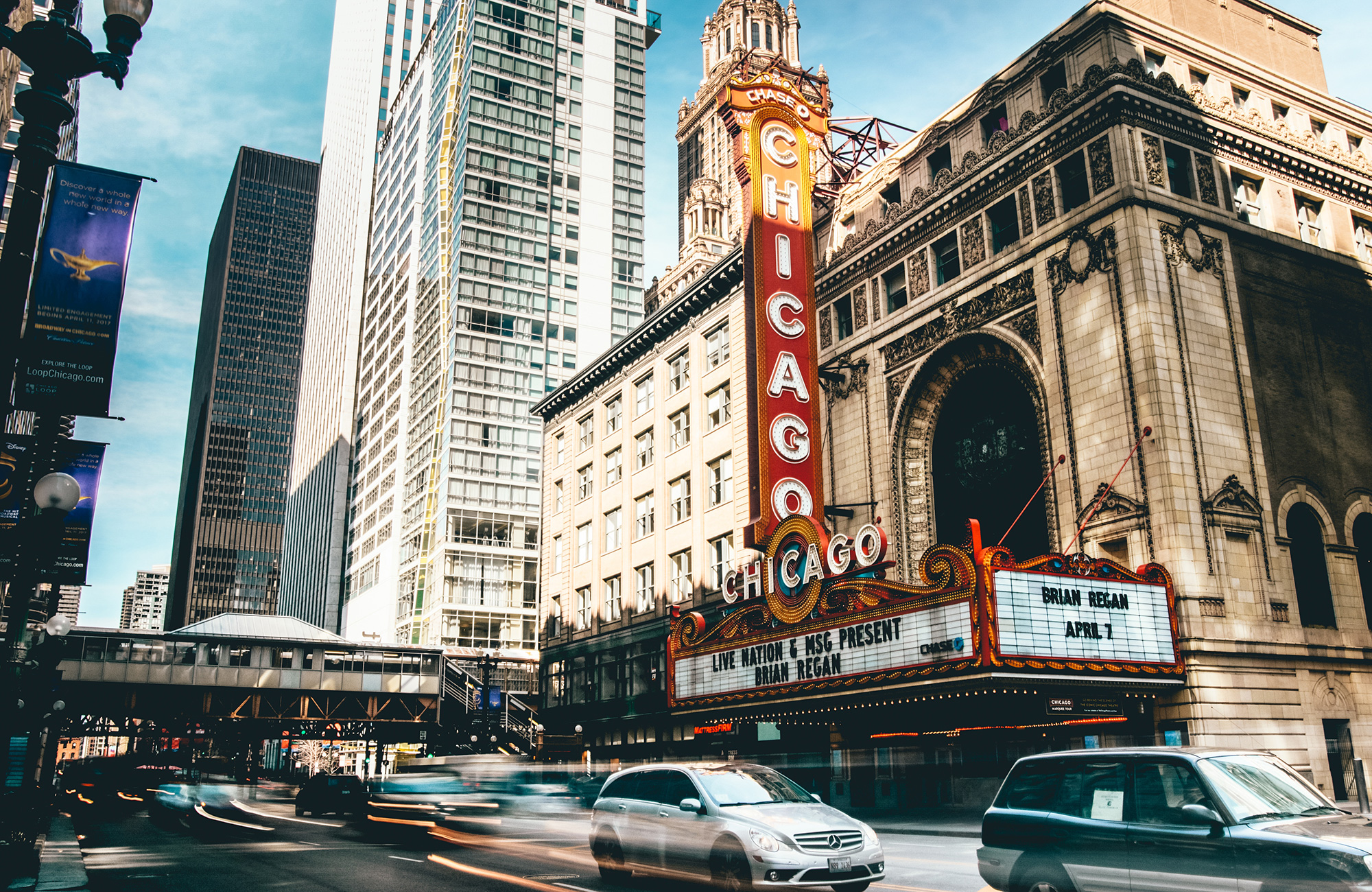 Chicago, the third largest city in the USA, is a strange and wonderful mix of old and new, grey and colourful, timeless and modern. For this very reason, Chicago (also referred to as "Chi-town") is a captivating and fascinating place with everything that a big city should offer.

The music of the railway - scenes from a movie

One of Chicago's ever-present and most significant elements is ‘The L’, the city’s extensive railway system. ‘The L’ is not like the subways in many other American cities. In Chicago, there is a special elevated railway known as "The Loop" on which the railway cars drive overhead. With their significant rattling sounds, you will be reminded of the many movies and television scenes that have been filmed in Chicago.

Once you have settled into the city, a visit to some of Chicago’s charming blues and jazz clubs are sure to blow you away. These classic and cozy places have been the center of the famous ‘Chicago Blues’ and ‘Chicago Jazz’ movement for decades. Even for those who aren't a fan of this genre, the venues themselves embody a beautiful, warm atmosphere that is characteristic of old Chicago. In more recent years, other genres have also flourished here. On any given night, you can head out to a bar or nightclub to listen to soul, gospel, hip hop, or house music, which blossomed in Chicago in the late 1980’s. Lately – and very much so these days – the indie rock scene has grown in the city. Some of the country's rock greatest festivals - The Lollapalooza and Pitchfork Music Festival - take place every year in Chicago.

Along with Chicago's history as a jazz city comes its historical reputation as a gangster city. Though the mafia environment has declined since the old days, it’s not hard to imagine the timeless atmosphere of cigar smoke, soft hats, and shady deals. In certain parts of the city, there are still remnants of the infamous gangster era of the 1920’s and 30’s. At the same time, other parts of Chicago are incredibly modern, with huge skyscrapers and other impressive architecture. As a matter of fact, the skyline of Chicago is one of the tallest in the world. We recommend that you check it out from one of the informative boat trips on the Chicago River. Apart from an abundance of skyscrapers, the city also has beautiful churches and amazing museums. The city’s parks are outstanding. Specifically, Grant Park and Millenium Park offer wonderful city life, a great metropolitan atmosphere, and views of the city's great skyline.

A true sense of "hustle and bustle" is one of Chciago's most notable characteristics, especially when visiting the Magnificent Mile and Navy Pier in Downtown Chicago. In both places, you will find a plethora of nice shops, restaurants, theaters, and museums. At the edge of Lake Michigan, you will also find an impressive Ferris Wheel, a huge landmark for this part of town. Speaking of Lake Michigan, this great body of water is so vast that you will feel you are staring at the ocean. The lake itself is beautiful and peaceful, but the winds that sweep into the city can be very cold. So, if you are planning a visit during the winter, be sure to bring a large coat!

The ethnic and hip Chicago

Chicago is not only the meeting of the old and new. It’s also a beautiful mix of every possible kind of ethnicity, sexuality, and race. Some of the most fun and lively neighborhoods are the city's colorful and ethnic areas. You will have a unique cultural experience by visiting these parts and will get a sense of what it truly means to be in the American "melting pot". A particularly interesting and recommendable neighborhood is Wicker Park, northwest of The Loop, which has become one of the most hip parts of the city. There, you’ll find great restaurants, bars, and shops.

Want to know more about the best way to see Chicago?

Whether you're planning a specific trip here or you're dreaming of a longer trip with Chicago as one of the stops on your itinerary, we can give you some helpful tips.