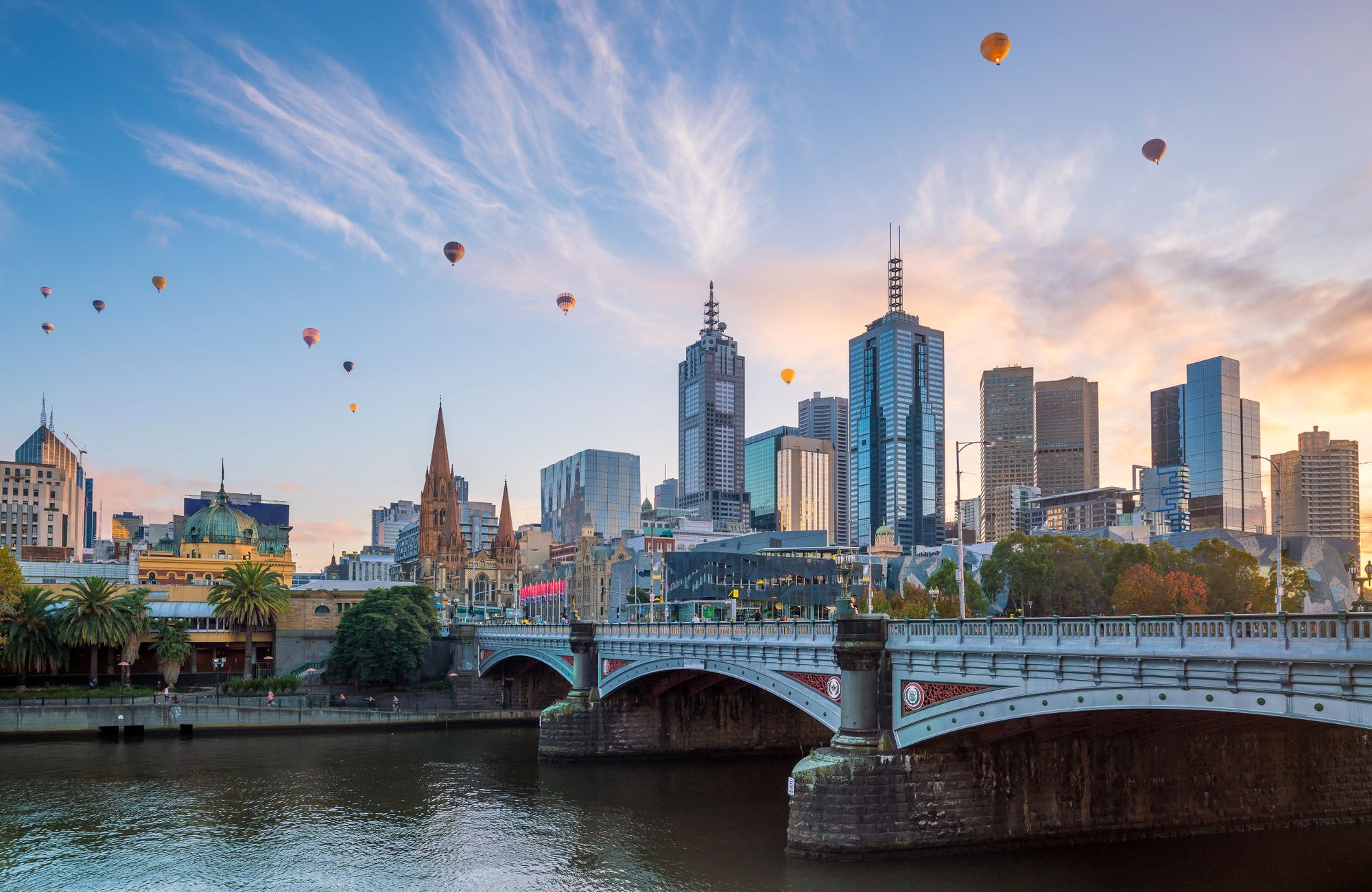 Studying in Melbourne & how we help!

We offer free study counseling and help you with all the practicalities such as financing, application, housing and scholarships if you wish to study a:

We help you apply to some of the best universities in Melbourne:

Student life in Melbourne is simply epic. The bar scene is magnificent, the cultural life is vibrant and the beaches are fantastic. It is no surprise that Melbourne is constantly ranked as one of the best cities in the world to live and study in. It is cleaner, fresher, and safer than any other city.

Coming from northern Europe and traveling to Melbourne, you'll probably be overwhelmed by the friendliness of the local inhabitants. Melbournians are known for being cosmopolitan, friendly, fun loving, and outgoing, so it's easy to get to know people and you'll have new friends in no time. The locals love coffee and they will spend hours sitting at cafés chatting and enjoying life. A tradition they might have picked up from two of Melbourne's influential minorities; the Greeks and the Italians.

The secret streets of Melbourne

The city really has some amazing hidden gems. If you wish to enjoy a good cup of coffee or a cold beer, as Melbourne is famous for its many rooftop cafés. You must never let the visual part fool you in Melbourne – a boring door can hide culinary secrets in form of top class restaurants, a rusty spiral staircase might lead you to a hip rooftop bar and a seemingly dead laneway is likely to offer the most trendy cafes, boutiques and galleries. Leave your prejudices at home and go explore!

Beaches and skiing in Melbourne - you can do both!

Melbourne has great beaches (head to St. Kilda, Brighton Beach or Elwood), or go on a weekend trip to Phillip Island, the Grampians or the Great Ocean Road. In winter you can ski in Mount Buller (only a 3-hour drive from Melbourne).

The climate in Melbourne is temperate maritime characterized by very changeable weather with continuous wet and often cloudy periods. It gets really warm in Summer and in Winter you can experience four seasons in one day.

Top 5 things to do when studying in Melbourne

We answer all your questions about studying abroad. Receiving our help is free of charge and there are no stupid questions and no hidden fees written in small print anywhere

You will have your own personal study advisor. Together, you tailor your education abroad based on your dreams, wishes and opportunities, and our experience.

We guide you from A-Z

We help you with your very first questions to telling you everything you need to know about subjects, financing, housing, scholarships, visa, and everything in between. You won’t miss any important details.

Curious to know more about Melbourne?

Or maybe you're having a hard time deciding whether that's the best place for you? Deciding on when and what to study are major decisions that could give anyone choice anxiety. If you need someone to bounce your ideas off of, we're glad to help. Our study counselling is completely free of charge, no hidden costs.